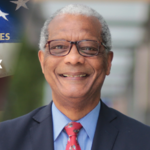 Prior to his election to an open seat on the court of appeals, Judge Cox was a partner in the law firm now known as K&L Gates LLP.  During that time, he served on the Board of Trustees of the King County Bar Association.  He also is a former president of the King County Bar Foundation, which raises funds for legal services to the poor and scholarships for minority law students.  Throughout his career as a lawyer, he worked on bar association committees dealing with delay reduction in trial courts, judicial evaluations, and communications to voters concerning qualifications of judicial candidates.

Judge Cox was a part-time lecturer teaching appellate advocacy at the University of Washington School of Law for a number of years.  He was also a long-time mentor to first year students at that law school.

Judge Cox is a graduate of the University of Washington School of Law and the United States Military Academy at West Point, New York.  He is also a graduate of Punahou School in Honolulu, Hawai'i.

Upon graduation from West Point, he served for over four years as an officer in the U.S. Army.  This included service as a platoon leader, battalion maintenance officer, and tank company commander in Germany. In Vietnam, he served as a mechanized infantry company commander near the Cambodian border of Vietnam.  On return to the U.S., he was an instructor at the Tank Warfare School before resigning his commission to attend law school.

He is a graduate of the U.S. Army Ranger School and the U.S. Army Airborne School. His awards include the Combat Infantryman's Badge, the Bronze Star with “V” device and two Oak Leaf Clusters, the Army Commendation Medal, and other awards and decorations.

Thank you for contacting us. We will get back to you shortly.

Please complete all required fields below.

The Washington State Veterans Bar Association (WSVBA) is a professional association of attorneys and law students who are Veterans. The WSVBA serves as a network for its members and as a resource and advocate for the 650,000 Veterans who reside in the State of Washington.

WSVBA events occur throughout the year in various venues and formats throughout Washington, primarily in Seattle and Spokane. Please check the schedule for event descriptions, times, and dates.

The WSVBA advocates for the legal needs and interests of Washington Veterans, and to support our attorney and law student membership.

DISCLAIMER: Nothing provided on this site constitutes legal advice, nor does the provision of this information create an attorney-client relationship. Please consult an attorney.